The ECG sensor was one of the highlight features showcased at the Apple Watch Series 4 announcement this year, and although it is some amazing tech that will most likely save some lives, not all of us may use that feature.

There was some disappointment that the ECG sensor wasn’t available at launch, but I think it’s better for them to have announced and released the Series 4 when they did without the functionality turned on than to push off release. Plus, as many people have expressed, the iPhone announcements were not necessarily the most mind-blowing by any means so the Apple Watch Series 4 was the highlight of this year’s event.

The ECG sensor is going to be available for use in the US first, then Canada. But as many people have mentioned, it’s not coming to other countries, at least in the near future.

The problem I see here is that everyone is paying for this sensor, whether you can use it or not. And that kind of sucks for people who don’t live in a country where the functionality is available because they are paying for the hardware but can’t access the software. It will most likely eventually come, but with something this complex it’s going to take time considering the complexity of getting cleared by organizations around the world as an actual health device.

And here’s the rub. You can buy a GPS version of the Apple Watch. Then you have to pay more for the LTE version. That gives consumers options.

But there is no option to forego the ECG sensor. One could argue that this is why they are offering the Series 3 at a discount and this is the option of an Apple Watch without the ECG sensor.

The thing is, some people just may not want or use that feature but want everything else that comes with the Series 4. It’s very cool and I think it could save lives but at the same time, I am curious to see how much it will actually be used.

I hate to bring this up again but this does have something to do with my thoughts on battery life. There has to be some additional hardware that’s taking up some room inside for the ECG sensor, which in turn reduces the ability to put in a larger battery which could be really helpful in driving that larger display. So, for people who do not want the ECG sensor, the option is to either buy a Series 4 and pay for a feature that they don’t need or to buy a Series 3 that does not have it, but also does not come with the new display.

At the end of the day, I would have loved to see an Apple Watch Series 4 non-ECG version. I understand that redesigning the internals to have one with and one without is a big undertaking, but on the flip side of that argument, they did in fact release 2 similar but distinctly different iPhones this year, the XS and XS Max along with the more budget-friendly XR.

If you’d like to take a look at my first 4 days with the Apple Watch Series 4, check out the video below and look for the full, in-depth review coming soon. Thanks! 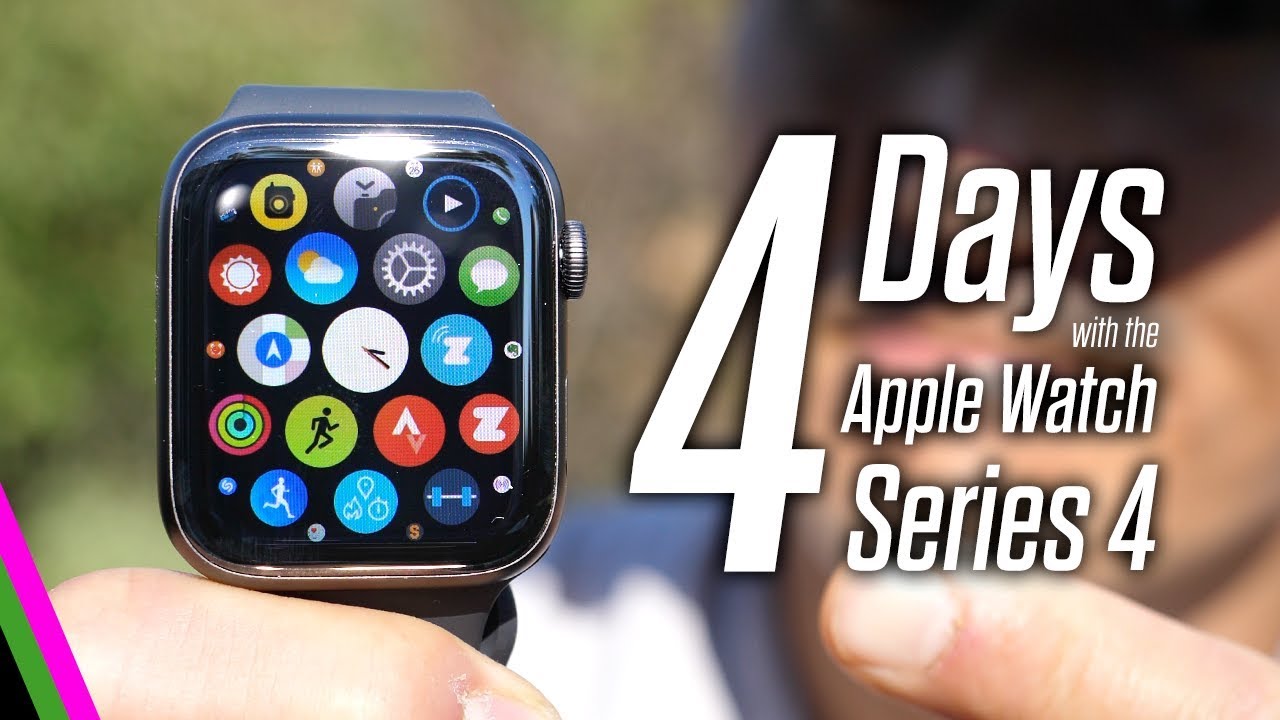