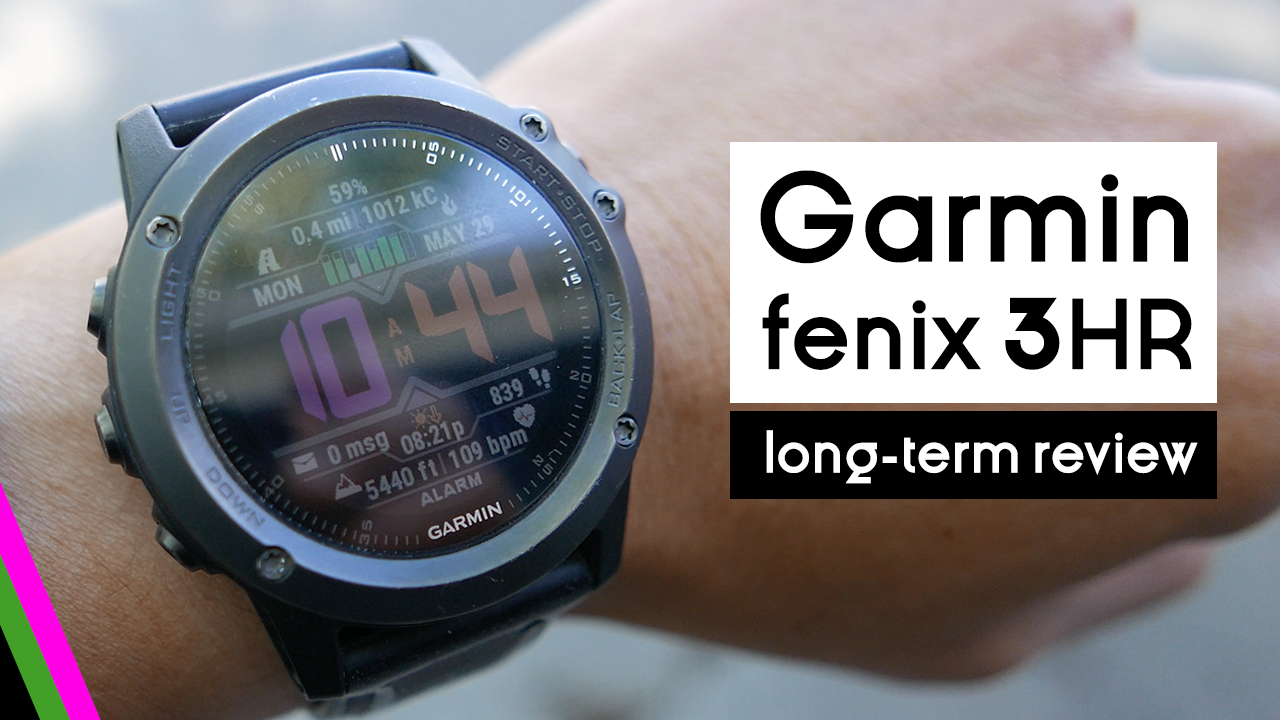 The fenix 5 does have some very cool exclusive features, but the 3HR is SO feature-packed that it’s going to work for almost everyone.
Right now it’s currently $100-$200 cheaper than any of the fenix 5 series, plus, you get ALL the features that they pulled out of some of the new 5s…namely wifi and sapphire glass.

I’ve definitely put it through it’s paces…I’ve worn it EVERY SINGLE DAY and tested it for:
Running, on the road, trails and indoors on the treadmill;
For cycling: mountain biking, road riding, gravel riding and on a spin bike and trainer;
A little bit of swimming
Rock climbing and general every day use including walking the dog.
I even got to test it on “other” activities such as a stair mill, hand cycle and an elliptical when I was injured last fall.

Not going to go into design, specs and features because that’s been done to death. Go see DCR for the BEST review, but I am going to go into how well it performed with specific activities, what I DID like, what I didn’t like as well as a few tips and tricks to using your 3HR.

Overall how it performed with specific activities:
Running: thought that it would be rather bulky but if you have the strap tight enough it’s fine.
Tons of fields to display.
Accurate on stride and cadence. Indoor is off but I’m amazed that it can even get in the ball park.
Surprisingly accurate indoors.

Biking:
Outdoor: works like a champ except when HR can be off. GPS is great. Can this be the one unit for cyclists? No, EDGE. I’ll have a follow-up video on using a fenix for cycling.

Indoor: Works really well paired with the Garmin Speed ad Cadence Sensor while on a trainer and spin bike. Check out my video on how to set up a Garmin speed sensor on a spin bike to get some ball-park HR can be really off.

Swimming:
Not much of a swimmer so I’m not qualified to comment on that, but definitely read the instructions on how to use it for swimming because the button configuration wasn’t as intuitive as other activities. Does not track heart rate via wrist. Must use HRM swim or Tri
Read how to use buttons on swim before using. Lap does not actually mean lap.

Rock Climbing: doesn’t register elevation so you’re not gonna get credit for floors climbed. Whatever.

What I liked:
– Durable and worry proof. This was the primary reason I bought it. (Compare with other devices and use cases like rock climbing) vivoactive HR
– Initially, I babied it like any other quality piece of tech, but over time I’ve almost become careless with it because it’s just that durable. I constantly knock it against walls, doors, crash on my bike and NEVER have to worry about it. and btw, I don’t use a screen protector and as you can see, the sapphire glass is perfect after a year of hard use.

– Watch band has been durable with tons of usage outside. Not sure of other people’s complaints. Spent a lot of time in the sun and had a good amount of UV exposure and haven’t had any issues other than a little delimitation of the outermost coating of the band.

– Also, in terms of extreme temperature variations, I did use it on some really cold snow bike rides at near zero degree temps as well as spent A LOT of time in the sauna and steam room with temps upwards of 170 degrees for over 30 minutes and have not had an issues.

– Battery life. Maybe only lost about 5-10% overall capacity since it was new and am still getting 7-8 hours of solid use in GPS mode. I can’t necessarily comment on stand-by as I use it in GPS mode almost every day. On average though, I usually have to charge it every 3-4 days, using in GPS mode for an average of 2-3 hours each day.

– Doesn’t look like a fitness tracker/looks rugged and masculine (any help I can get). When’s the last time you saw a swoled up bodybuilder with a vivofit.

– Ridiculously customizable not only with preloaded apps and widgets but with all the 3rd party apps that you can get off of the Connect IQ store. The amount of customization you can do in terms of watch faces, apps, and widgets is amazing and the 3rd party apps fill in some of the gaps missing such as more data screens on activities. You’ll always have tons of info at my fingertips all the time.

– Bluetooth has been rock solid. I know tons of other people have had issues…

What I didn’t like: (I actually had a lot longer list but they solved A TON of issues with firmware updates)
– HR can be off sometimes.
– Wrist movement can affect HR a ton. Compare with using HR strap on 910XT.
– I tested it using a heart rate strap along with my older 910XT on a lot of different types of activities and basically, if you’re moving your wrist, you’ll register a higher HR. Plain and simple. I’ve gone on leisurely jogs and it still registers at 150-160bpm while the HR strap registered 130-140. When cycling, mtn biking registered a slightly higher HR than road biking and then indoor cycling it degraded even more and it always registered a lower HR than the HR strap. I can only attest this to wrist movement as mtn biking has a lot more jarring wrist movement than road cycling and if you’re indoors there’s going to be virtually no wrist movement at all. And as a side note, really jarring mtn biking WILL register some additional steps in the watch.

– Some days it just registered an overall lower HR for some reason and won’t go over 110-120bpm and thought I was nearly dead. Case of the Mondays? For instance I did a 100 mile gravel race last year and somehow it only had me at 90-100bpm for abut half of the ride and I’ll tell you, it was fucking hard the entire time. I only burned 1900 calories apparently.

– Heart rate can be inconsistent, but that could be said for almost all wrist based heart rate monitors.

– syncing can be inconsistent
– Slightly large but that was addressed with the 5. a little big for smaller wrists (makes me look like a girl)
– 1st world problems: charging clip is odd, just like a lot of the other Garmins and I have to give them huge props for changing to the charging cable on the new 5 series.

Bonus info and tips:
Intensity minutes are kind of a weird metric. Similar to suffer score but still a proprietary, arbitrary quantitave measure.

Get back to widgets from active activity

So that’s it. The fenix 5 IS out but honestly, save your money if you don’t need mapping, strava live segments, and a few other very specific features. The 3HR was easily my best purchase of 2016…now that it’s $100-$200 cheaper than ANY of the 5 series, along with the fact that it comes with wifi and sapphire glass. Plus, they have worked out all the kinks with the firmware and it’s going to have some very consistent performance.