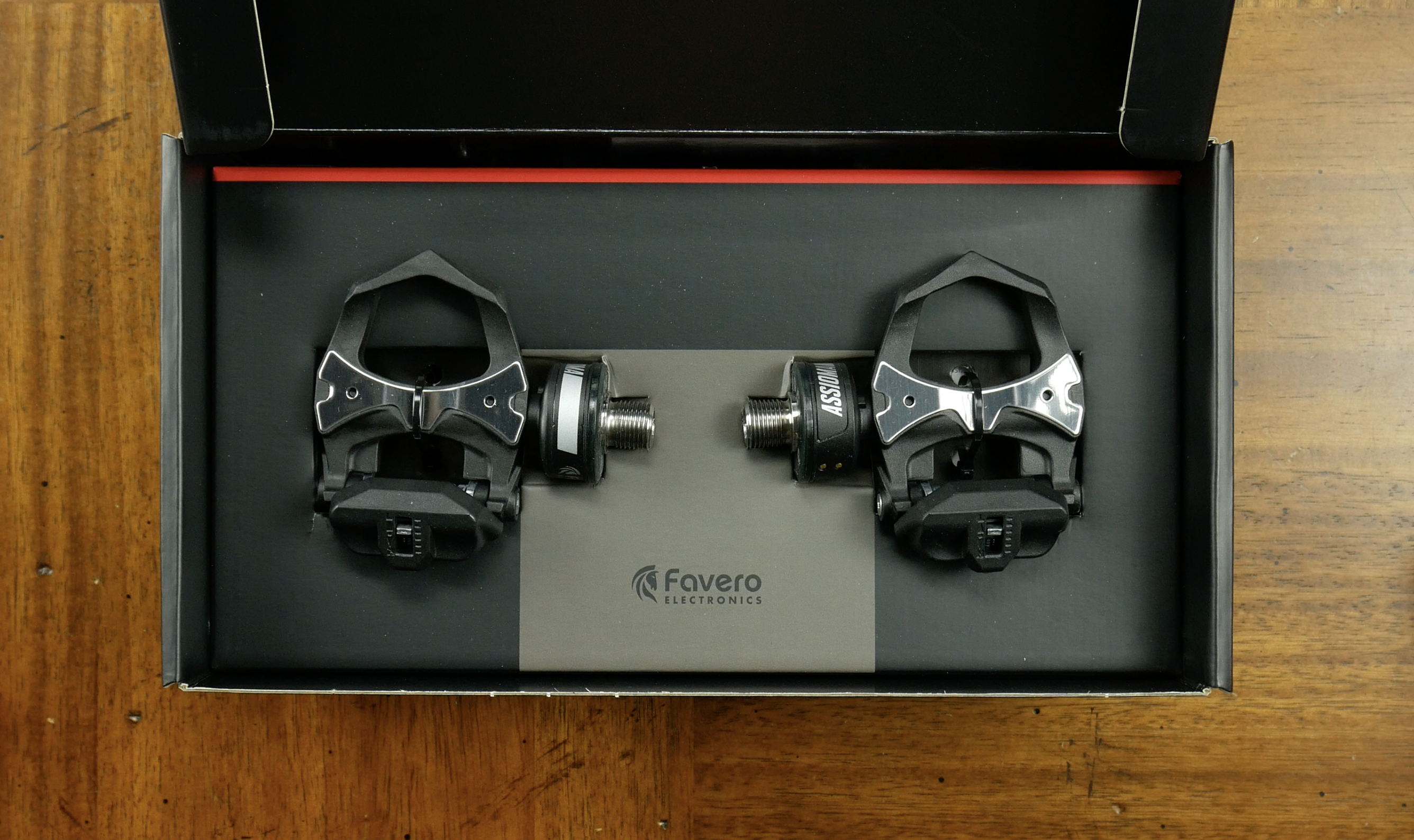 When it comes to power meter pedals, the Favero Assiomas may not be the first name that comes to mind, but they are some easy to install, good looking power meter pedals that have a great price point, and most importantly, they are pretty darn accurate. In fact, I use the Assiomas as well as the Vector 3s from Garmin as benchmarks for power meter accuracy when comparing them to trainers.

I’ve been using the Assioma Duo pedals for almost a year now and today, I’m going to let you know what I liked about them, didn’t like about them, as well as go over the power accuracy and the advanced cycling dynamics that are offered. 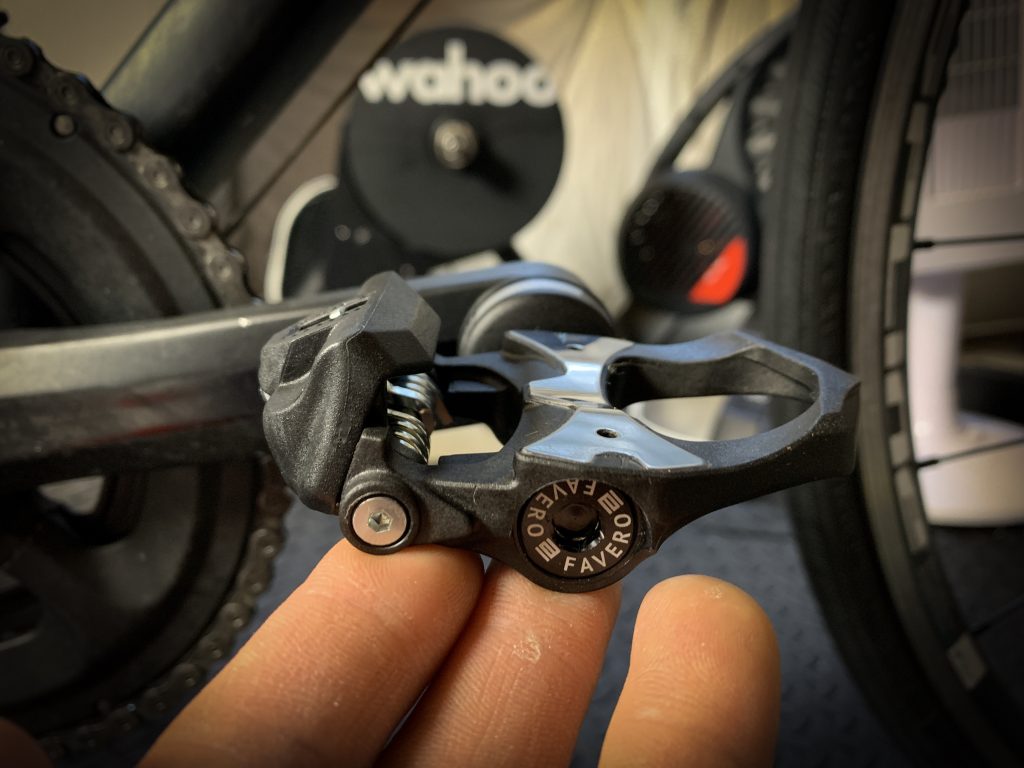 In regards to the pedals themselves, Favero did a good job making them quite attractive. They have a sleek looking design but you may notice the rather large pod on the end of the pedal spindle. This would probably be the only thing I could complain about in regards to the design but once mounted, it’s not that noticeable.

On this pod will be charging points for the rechargeable batteries. Favero advertises up to 50 hours of battery life – I was easily able to get that much out of them and even after 11 months of use, I haven’t noticed much difference in regards to battery drain. To recharge the pedals you’ll simply attach the charging cable which uses magnets to affix them to the pedals. Super easy. 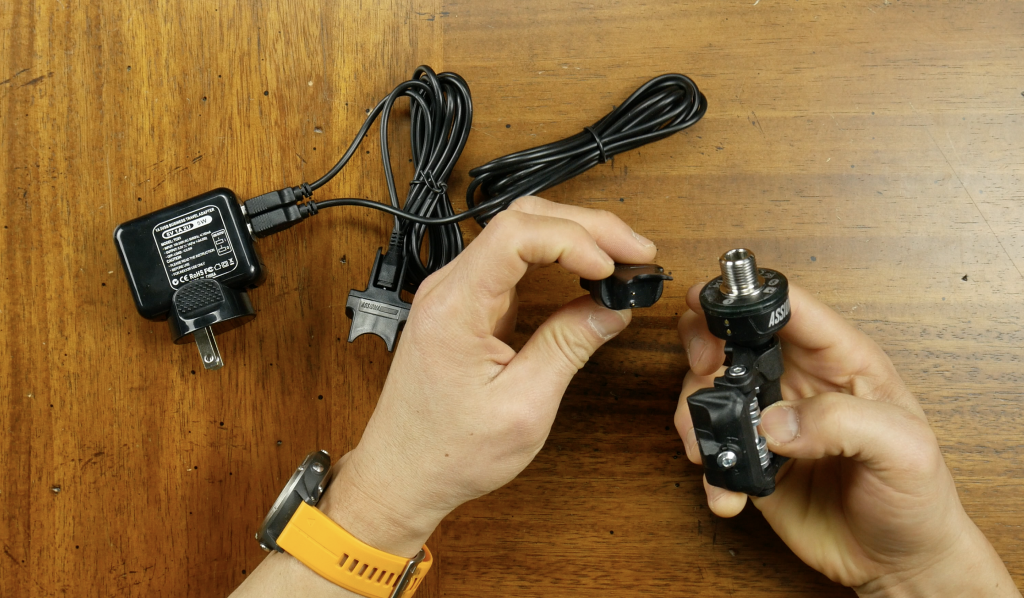 They also include a small, dual-USB charging brick with a bunch of international adaptors. Overall, I like this system quite a bit. Yes – at some point, the rechargeable batteries will probably lose their ability to hold a charge, but with battery technology these days, I would have to anticipate that would be many years down the road. 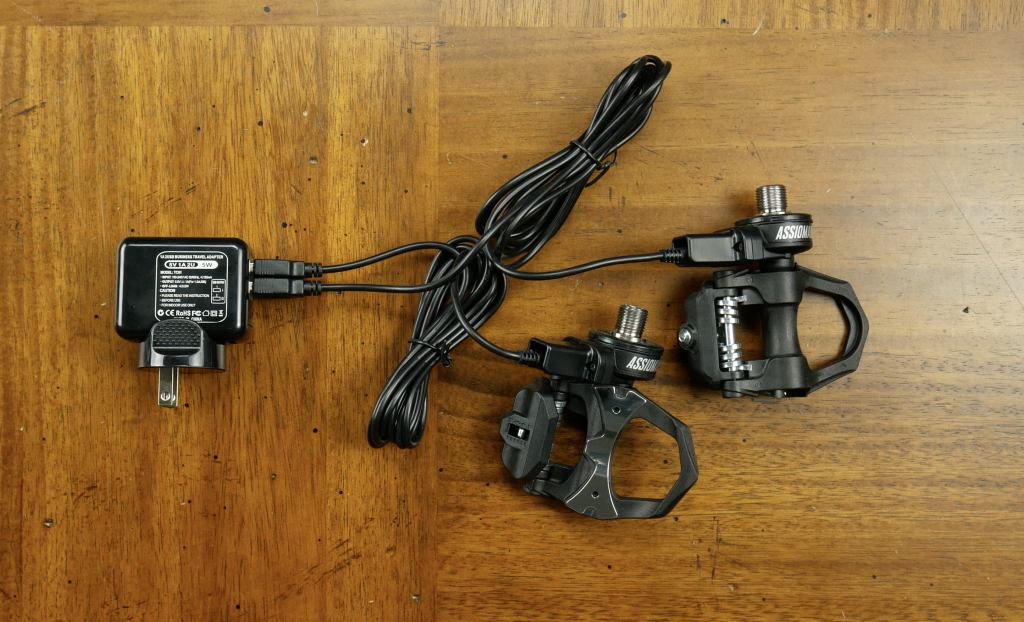 Sorry, I forgot to talk about installation. It’s super easy. You’ll install these just like pretty much any other pedal on the market using an 8mm allen wrench making sure to include the pedal spacer, which is included, so the pod doesn’t rub up against your crank arm. 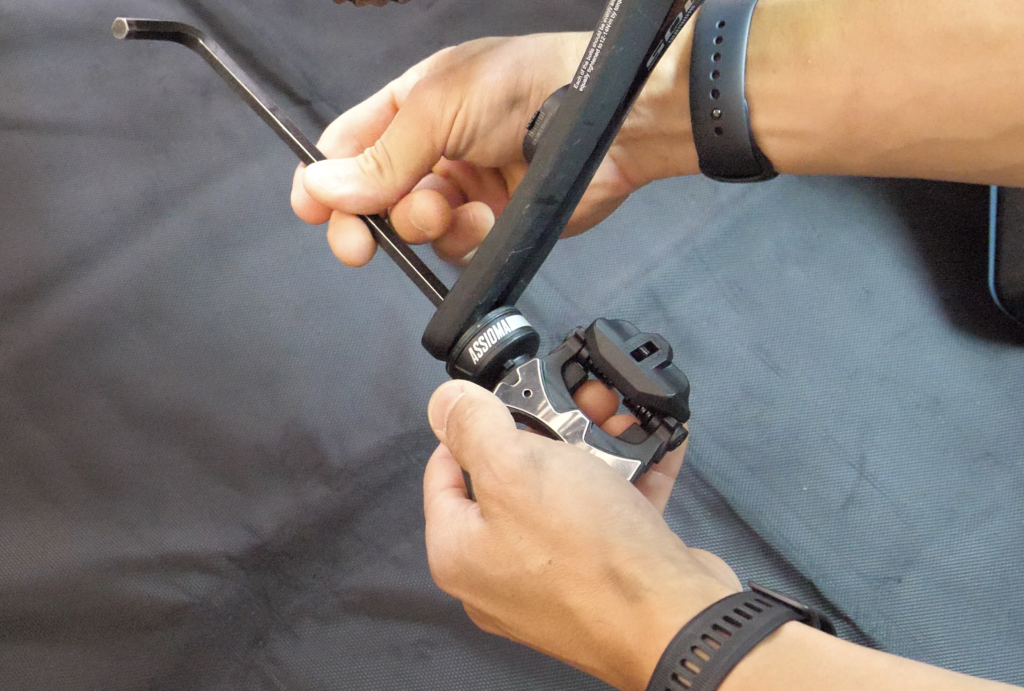 From here, you’ll register the pedals from within the smartphone app and then you’ll want to do a zero offset to ensure the most accurate power numbers.

In regards to power accuracy, I found them to be extremely accurate compared to numerous other sources of power including the Tacx Neo 2, the Wahoo Kickr Core, as well as the recently released Wahoo Kickr Bike.

Stacked up against the Kickr Bike, we see some really nice results here. 2 watts off over the duration of the entire ride.

And if we take a look at the middle section of the ride, again, pretty darn good stuff.

Here’s another ride on the Kickr bike, really good stuff. You will notice two small little blips where there was a drop, but it was just a momentary thing.

And if we take a look at this last sprint here, you’ll notice a difference of about 30 watts, but if we were to take into consideration power meter drivetrain loss of about 2-3%, these numbers actually line up pretty darn well.

And in this last example, against the Neo 2, we see things line up really well where over the course of the ride, it was only off by less than one watt.

If we take a look at these sharp sprints right here, there’s not much to complain about.

Along with power and cadence, you’ll also get other cycling dynamics like pedal smoothness and torque effectiveness and if you have the Duo model which has power being transmitted from both pedals, you’ll also get Left and Right balance. 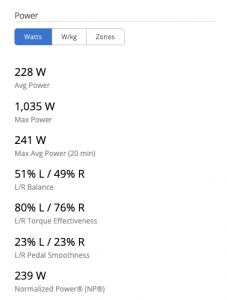 Oh, and by the way, if you chose to save some money by just purchasing the single-sided Assioma Unos, you can always just turn them into a pair of Duo dual sided versions by purchasing an upgrade at any time – but it is much cheaper to just get the Duos straight from the get-go.

Along with those other cycling dynamics, the Assiomas got a bit of an upgrade in mid-2019. They added new cycling dynamics that include IAV Rider Position, which is basically your sitting or standing time, as well as IAV Power Phase, which shows you the portion of your pedal stroke where you’re actually generating positive torque.

And if you purchased the Assiomas before July-ish of 2019, you just got this upgrade for free with a firmware update and then all current Assiomas will have these out of the box.

You’ll be able to view this data on your device while you’re riding by adding either the stock Cycling Dynamics data screen or a customized data page with probably more information that you really need. 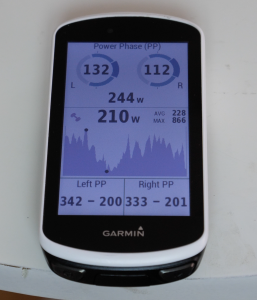 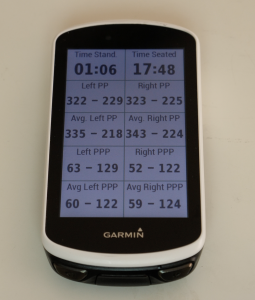 You’ll also be able to see the metric buttload of data that’s collected after your session on your device as well as in Garmin Connect mobile and Desktop. 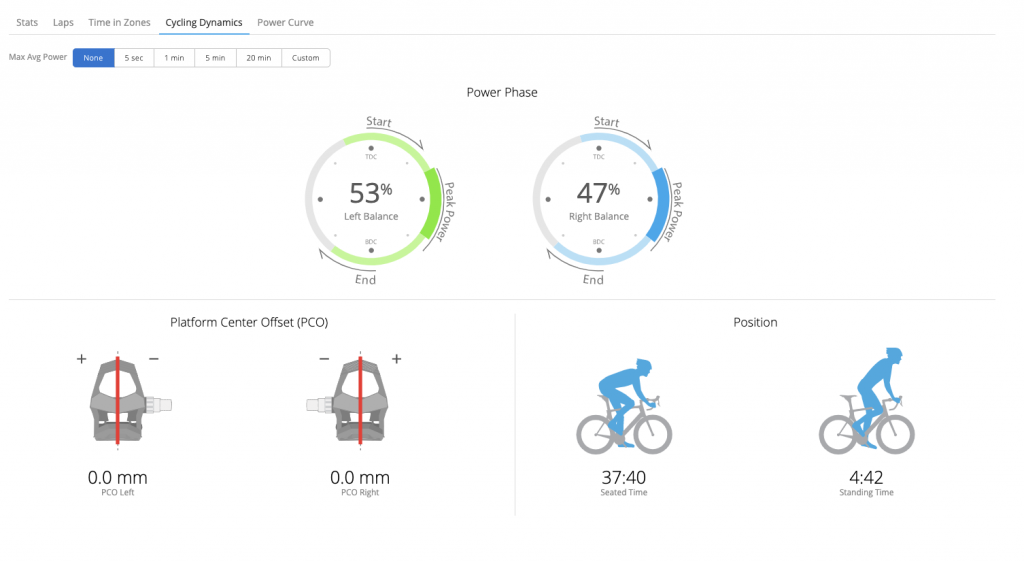 Rider position is pretty self explanatory – it will collect the time that you’re standing and sitting on the pedals. You’ll also be able to see average and maximum standing and seated power. Just note that while you’re in an activity, there will be a slight delay when it switches between seated and standing – it can take about 5-7 seconds to register but what you’ll notice is that the time does automatically correct itself from the standing and sitting time. 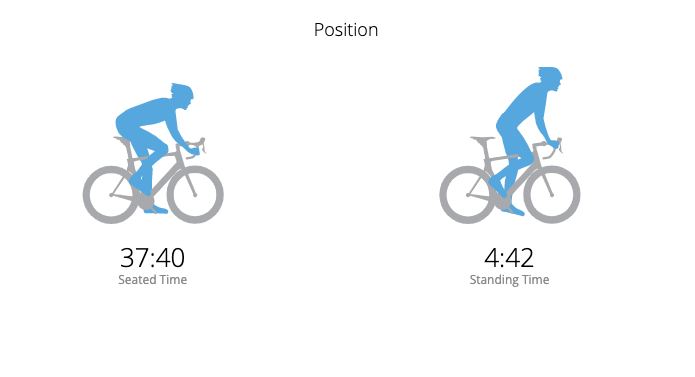 And by the way cycling dynamics can be collected and displayed on not only a slew of Garmin head units but also a lot of more recent Garmin wearables that do support power going back to even the fenix 5X.

In terms of how these metrics can be beneficially used, the jury still may be out, but some possibly use cases would be for bike fit. For instance, if your seat is too low or too far back or forward, you may not be able to generate as much power as you could if you were in the optimum position.

This could be interesting to see the before and after results if you were to get a professional bike fit, which I highly recommend as those pros can definitely see things that most of us can’t, because we’re on the bike.

The one portion of cycling dynamics that the new firmware does not have that the Garmin Vectors do have is Platform Center Offset, or PCO, which is which portion of the pedal spindle where you’re pushing down on the most.

Although you may or may not benefit from these new cycling dynamics, I do think it’s neat information to see, and the great thing is it’s a free update to all Assioma owners, both the Duo double sided versions as well as the Uno single sided, so it’s just kind of a nice bonus.

The Assiomas may not be the first name that you think of when it comes to power meter pedals, but they are definitely worth a look.

They’re priced very competitively, they’ve got a nice suite of features, and most importantly, they’re quite accurate and have remained accurate over the course of the last 11 months that I’ve used them. 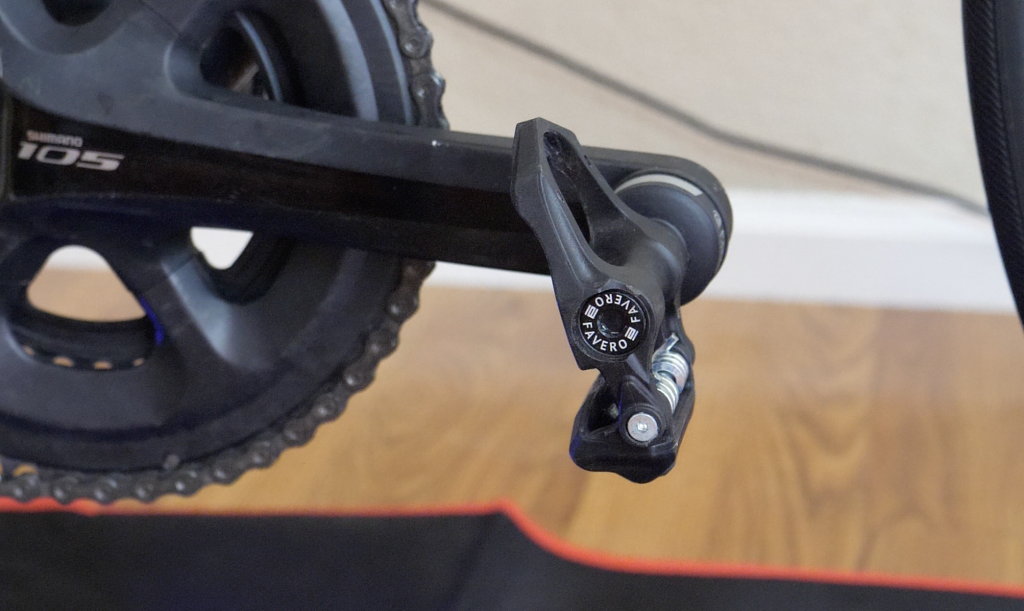